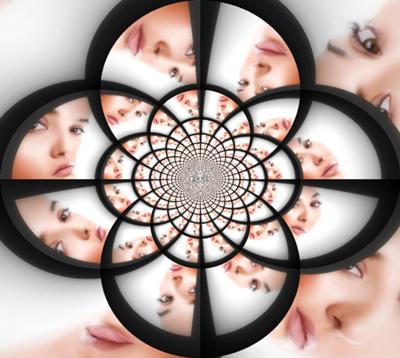 In 1995 I had been in an abusive relationship for a few years and it was becoming very dangerous and unbearable. The decision to leave was very hard to act upon due to the threats and the control he had.

You see, by this point he knew I would leave the first chance I got, so he let me know on a regular basis that he would kill every one I loved, one by one to make me suffer before killing me, if I ever left him. He had also taken to keeping me prisoner by never letting me out of his sight. I mean never! I could not go into the bathroom without him by this point. When he did leave me alone he took the precaution of taking one or both of MY kids with him because he knew I would never leave without them.

My brother, thank God, had taken my son to stay with him for a few weeks when school let out for summer.

When it was time to go get him, my abuser asked me how I planned to go. He said "you're not using my truck". He had sold our car that we owned together for marijuana! I said I would take the bus if I had to. He let me know I didn't have any money and he would not be giving me any. He had controlled the money for quite some time now. He mockingly told me I would never be able to go get my son. A couple of days later, it was morning, I could feel that he was about to start in on me again. I moved near the door while tellng my little girl to come here. I grabbed her hand and ran...out the door, out of the apartment complex, down the street... all the while he was chasing us, yellng "call the cops! she has my daughter". I couldn't believe my ears!

I ran to a phone booth in a public place and called my brother. He couldn't come that day because it was a 4 and a half hour drive and of all days it was the 4th of July. He had plans. So I called my ex brother in law, and he said "why should I come get you? You'll just go back to him". But I assured him that I could never go back, he will kill me.

I left that day, left my home (he had moved in with me, it was all my stuff), left my town, left everything we owned, and never went anywhere near that town again!

It took a couple years without dating and doing lots of learning and soul searching to heal from the post traumatic stress and learn how to break the cycle. It is soooo worth the work! There is help out there to anyone wanting to leave an abusive relationship, programs that will help from the ground up even if you have nothing with you to start with! Just be very careful when you do leave because it can be very dangerous!