Court - The County Made Me Do It!

by Me
(Everywhere, USA) 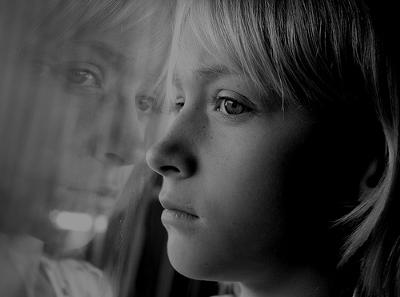 Lonnie arrived to sentencing, in street clothes when I expected him to be in an orange jumper. The judge was not able to sentence Lonnie because he did not have his evaluation done. It was at the fault of the defense attorney, for not getting the evaluator, in time. I found out that his work release had already started, and that he had been working at the tire factory for the past few weeks.


I left and went to the Olympian, but was unable to meet with a reporter without an appointment. I then went to the dollar store and picked up a few poster boards, and wrote an acceptable sign. "6 time child rapist works here". I went and walked the sidewalk peacefully for about 2 hours. Got the attention of many passer-bys.


One gentleman was in his car waiting for the light to turn, and when he saw my sign he asked if it was true, and I advised yes, he plead guilty to 6 counts and that hes working there on work release, and I am the mother. He put his car in reverse, then forward again, and did a u turn, drove in high speed across the street to the tire factory, and went inside. when he came out just a few short minutes later, he got in his car and sped out. I think he pulled his account??


The owner came out and said he called the police on me, and I said that was okay. That I had permission to be there (public sidewalk, no name in the sign, I haven't harassed or hurt anybody) and that I would still be there when the police arrived. I continued to walk partially up the sidewalk then back down again. I noticed officers drive by but no one would stop. one officer parked down the road, and across the street, and the owner had to walk to him.


Next thing I know, I see a woman named Cindy approaching me very interested in my cause, wanting to support me. At the same time the owner walks up to me and asks me if he sends Lonnie home, will I go away. I said unfortunately, no. That would depend on how long he would be gone for, I have a responsibility to my community that they know he is there. He left for a few minutes to verify that Lonnie plead guilty to the 6 counts of child rape and asked me to give him one day. I said, yes. I will give you one day. he took my name and my number, and I came home.


I received a call from the owner advising me that the wife, was crying fearing she would not have a house payment if her husband couldn't stay until sentencing. I advised the owner no-one gave a care for my daughter, especially her with those hateful comments she would leave on my space to my daughter. I advised that I have no sympathy for them. he understood and stated that Lonnie will be leaving the establishment, and he will call me in the morning with the "when".

Join in and write your own page! It's easy to do. How? Simply click here to return to Walking On Eggshells.